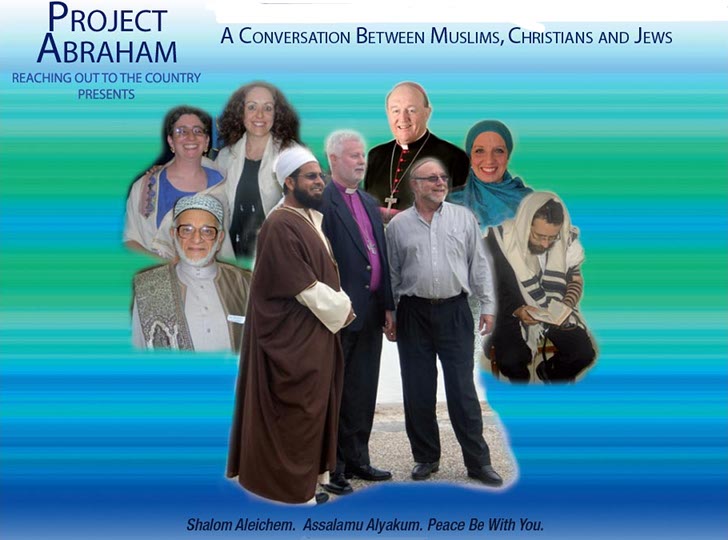 Shalom (November 23, 2008) an interfaith concert in a celebration of peace through psalms and songs of the Jewish and Christian traditions.

What does 34 mean to Christians and Jews? Rabbi Shoshana Kaminsky of Beit Shalom Synagogue  and Dr Vicky Balabanski of the Adelaide College of Divinity discussed Psalm 34 from the Jewish and Christian perspectives.

Aach Aach Boom Trach – Meet the Writers.  Aach Aach Boom Trach is a play for children three years and an allegory on the situation in Israel/Palestine produced by the unique Arab-Hebrew Theatre of Jaffa.  Director/writer Norman Issa and actor Yoav Barlev spoke about their intercultural work in theatre in Israel.

“Hearing the other’s religio-historical narrative” – report by Jewish Co-chair Ron Hoenig, on his participation in the ICCJ Conference on “The Contribution of Jewish-Christian-Muslim Dialogue to Peace-Building in the Middle East”.

A Christian Eucharist in the Anglican tradition celebrated by the Rev Dr Alan Cadwallader, at The Adelaide Divinity College Chapel of Reconciliation, with teaching to explain connections with  the Passover and the Exodus.

“Healing a broken world: the faiths working together” –  report by Co-Chairs Rev David Houston and Ron Hoenig and Executive member Dr Michael Trainer on Sydney world conference of the International Council of Christians and Jews in July 2007.

Reluctant Witness, a talk by Phil Brown, a former New Zealand soldier sent to Bosnia as a peacemaker in the United Nations Protection Force in 1995.

Zemirot, an interfaith concert with five choirs in a celebration of praise through psalms and songs of the Jewish and Christian traditions.

The Council of Christians and Jews (SA) sponsors a series of public meetings on topics of interest to the Jewish and Christian communities.

In 2006 the following meetings took place:

Dabru Emet: a Jewish statement on Christians and Christianity and the 2001 Pontifical Biblical Commission: "The Jewish People and their Sacred Scriptures and the Christian Bible." Speakers: Dr Evan Zuesse and Fr Michael Trainor.

Transcending the Story – informing and reflecting our diversity: breaking a good story is a journalist's dream, but is the story all we need from today's media? Speaker: Mr Stephen Watkins of the ABC program "For The God Who Sings".

We have previously supported and sponsored visits of Jewish and Christian scholars to Adelaide together with other organizations, and other community events relating to better Jewish-Christian understanding.

For example, in 2004 we co-sponsored together with both Jewish congregations and Jewish Community Services (Adelaide's Jewish welfare organization) six lectures on the History of the Jews by SA CCJ co-chair Dr. Evan Zuesse.

In 2003 we co-sponsored with SAWIZO, the South Australian Women's Zionist Organization, a play and panel discussion of Shakespeare's Merchant of Venice, dealing with antisemitism in that play.

In addition, every year the Council of Christians and Jews (SA) co-ordinates commemoration of the Holocaust by Jewish and Christian congregations.